And this one is positively haunting: 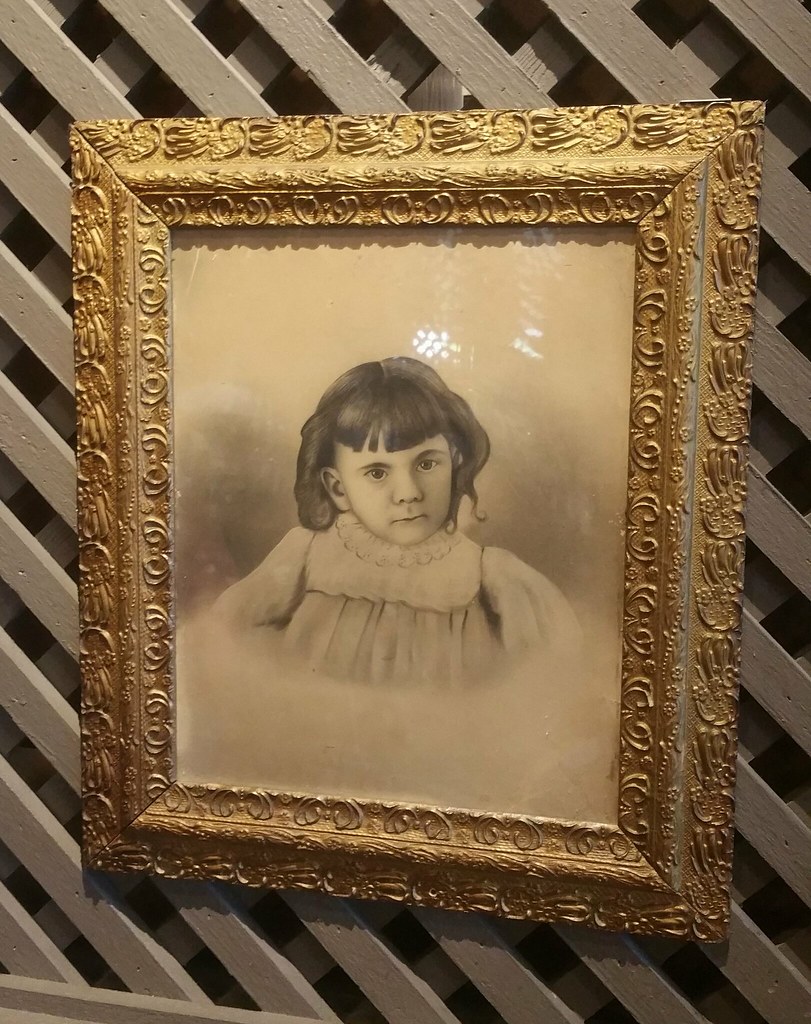 And her little sister, guilt-giving Gertie: 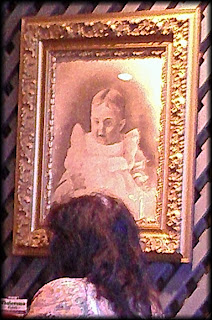 I'm seriously considering starting up an online collection. Cracker Barrel has a seemingly endless supply of them.
1 comment: 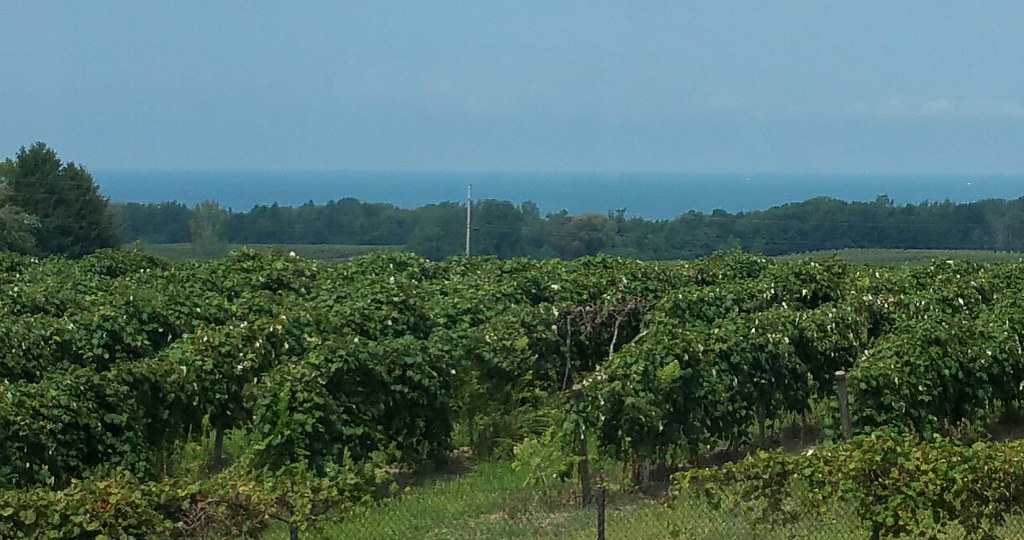 The Pennsylvania Welcome Center on WB I-90 offers some pretty fantastic views of grape vineyards and lake Erie. 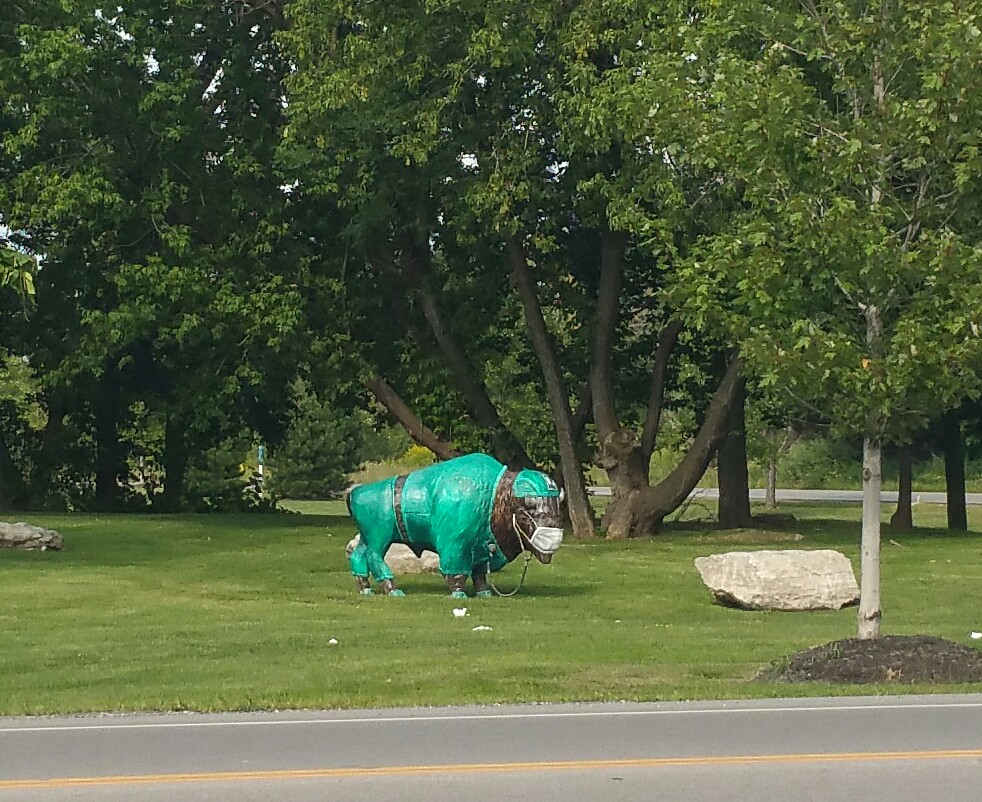 Somebody at Buffalo Filter has a sense of humor.

Not surprisingly, plenty of businesses in Buffalo use a buffalo likeness in their marketing plan. There's no shortage of buffaloes in Buffalo. They're even decorating the New York State Thruway's exit ramps.

But this is the only one, to my knowledge, that scrubs up for surgery.

Last Friday, we picked up a load in a sweet little town named Cavendish, Vermont (pop. 1,300). Getting to it meant driving on winding country roads through meadows and woods on a spectacularly clear sunny day: 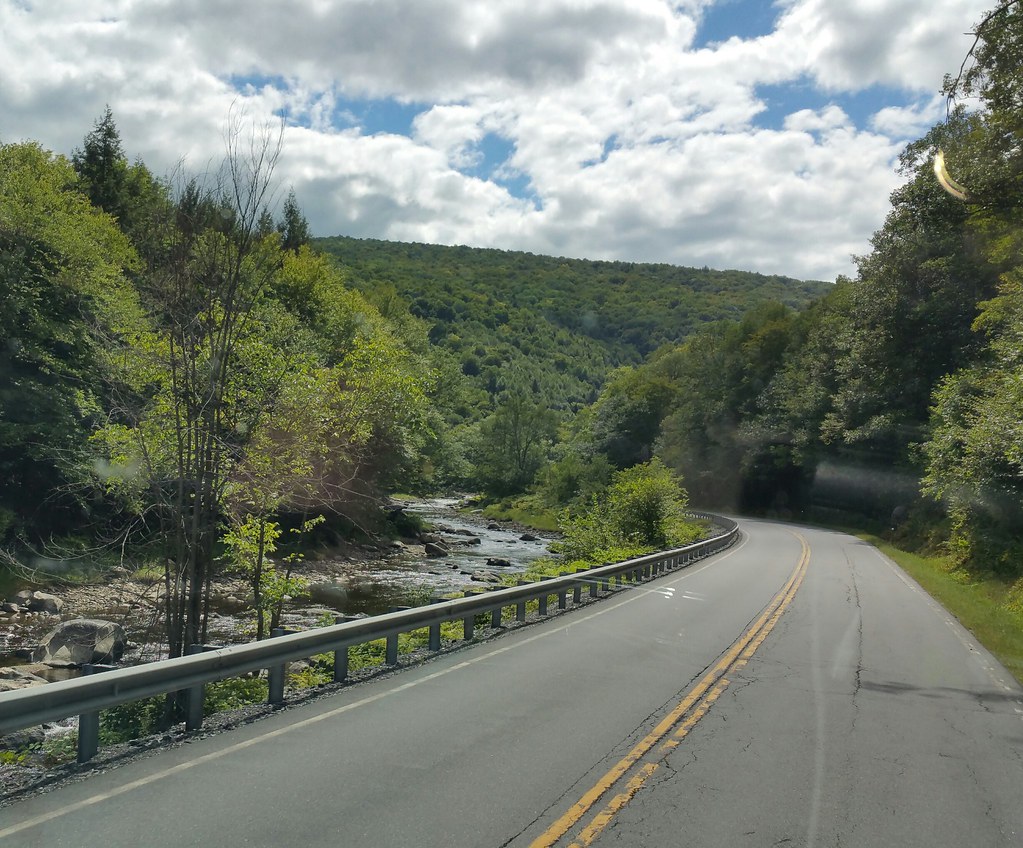 Where the old-timers are as cantankerous as I remember: 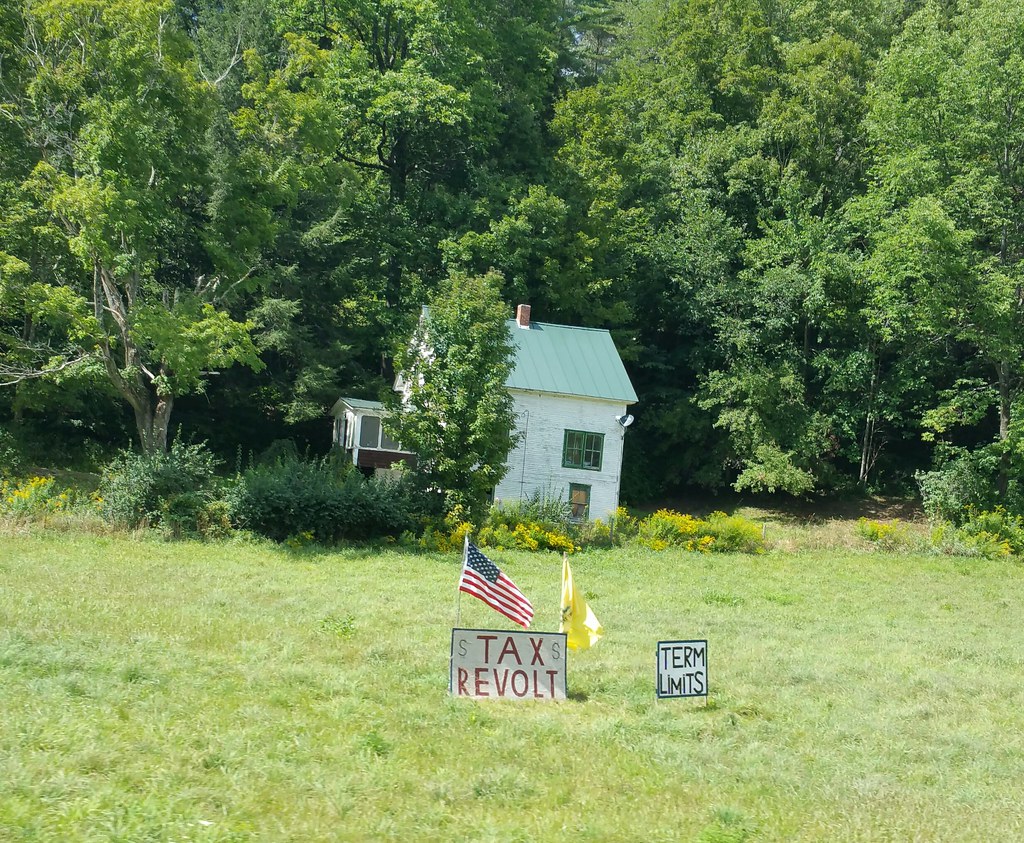 Keep in mind that Hoss doesn't stop or even slow down when I'm taking pictures. Sometimes, I think he gives the wheel an extra jerk or two while I'm trying to get a shot of something. He does it because he loves me. Or so he says. So here's half of a very old (1844) and very gorgeous stone church: 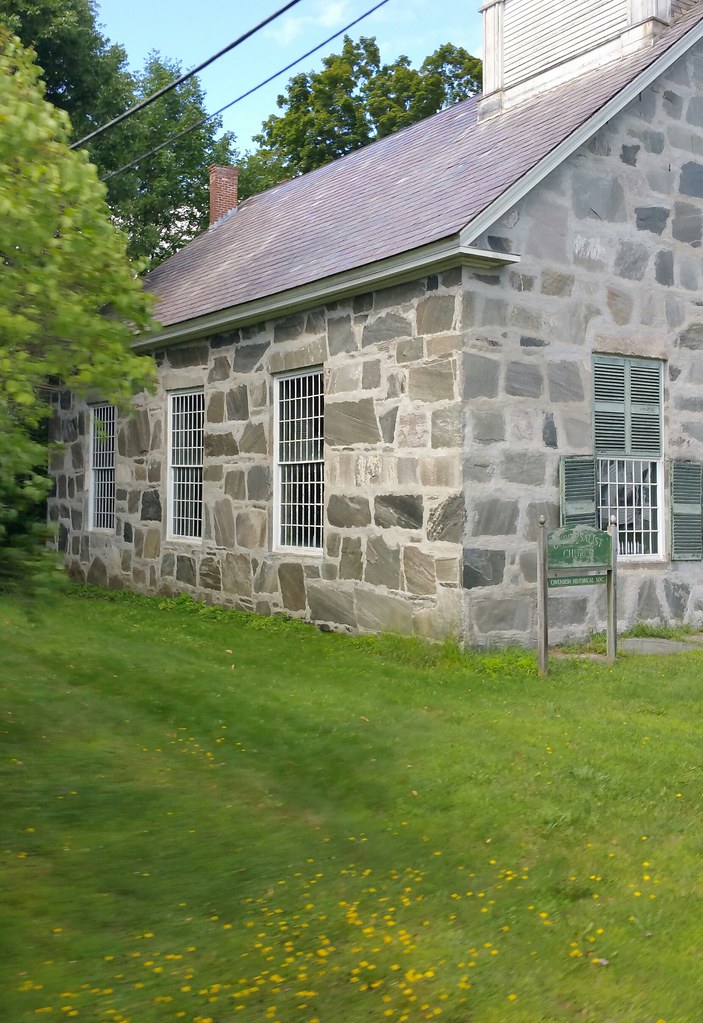 Those are 32 over 32 windows - very rare, and if you zoom in on the front window, you'll see the wavy nature of original glass. Another stone house built during the same timeframe (but with replacement windows, boo hiss): 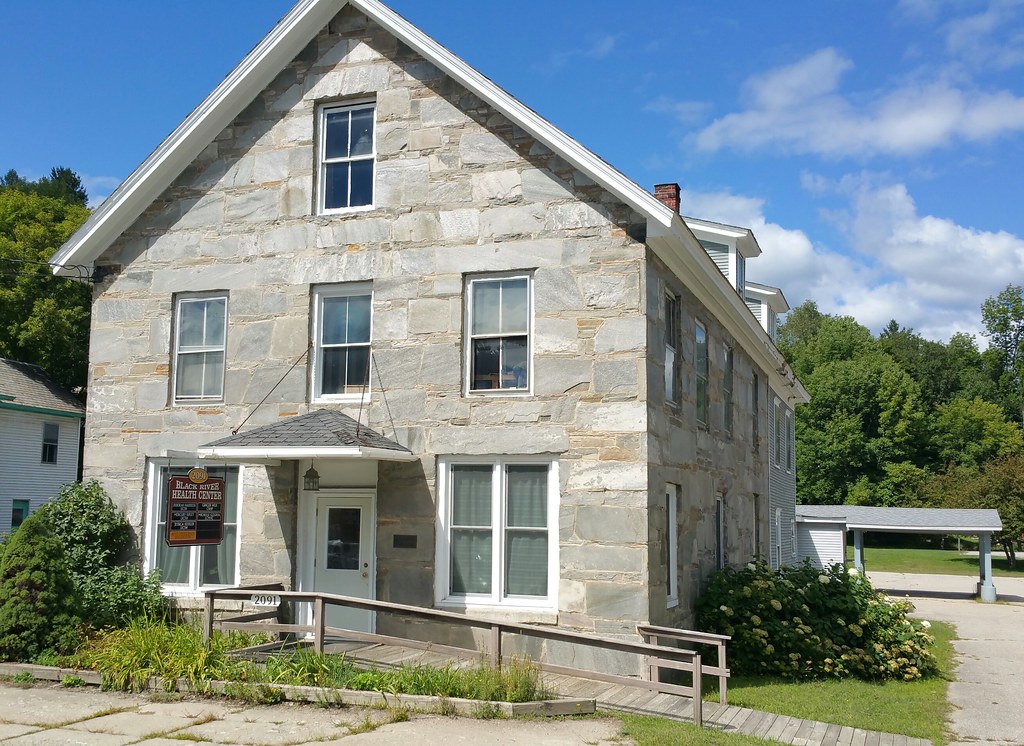 This clever fella found a way to keep kids from bashing his mailbox for fun: 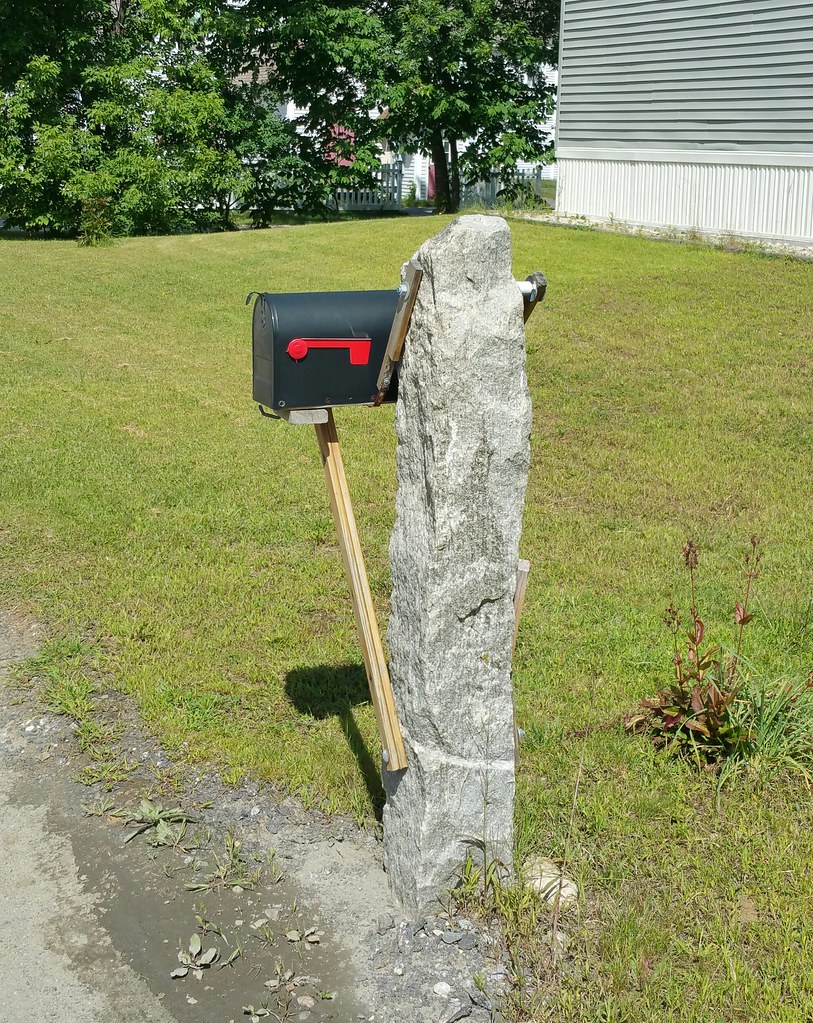 The large white building in the left background is the mill where we picked up our freight. It sits on the bank of the Black River, near a one lane bridge: 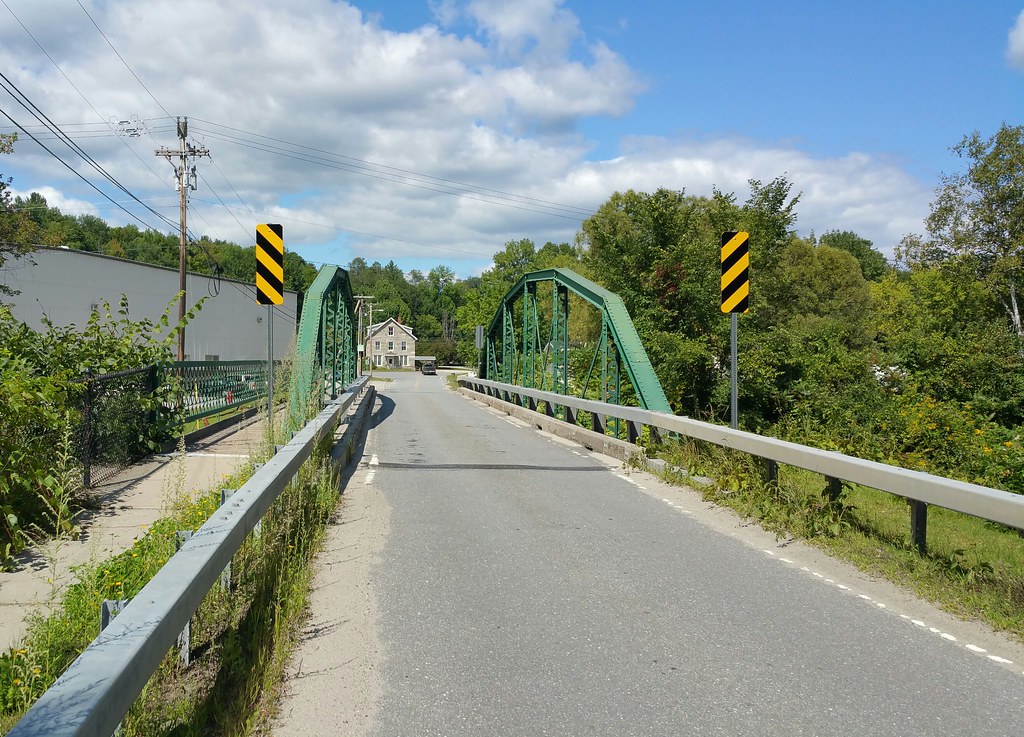 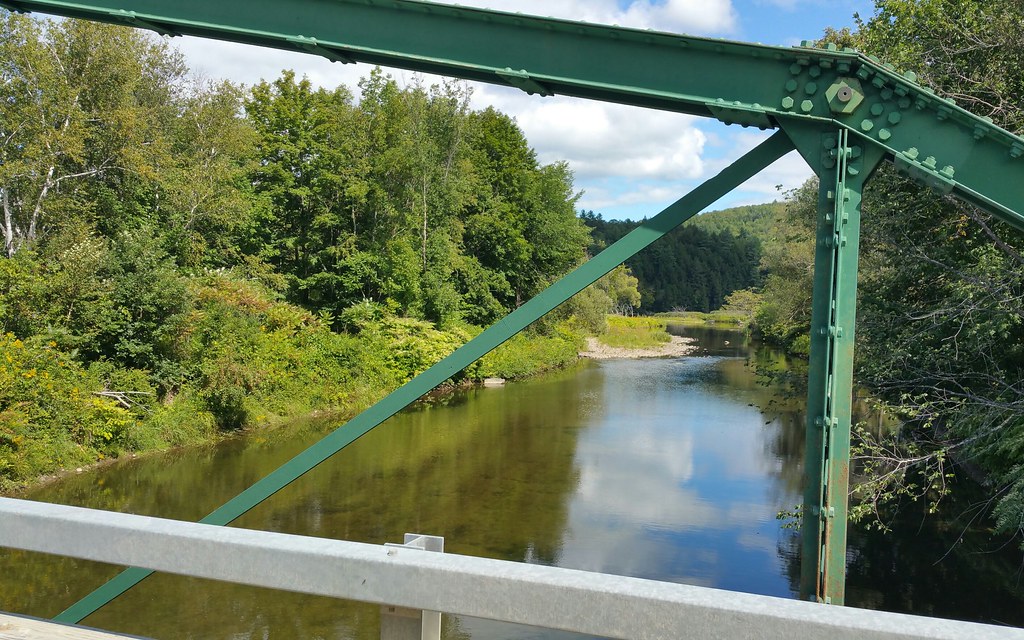 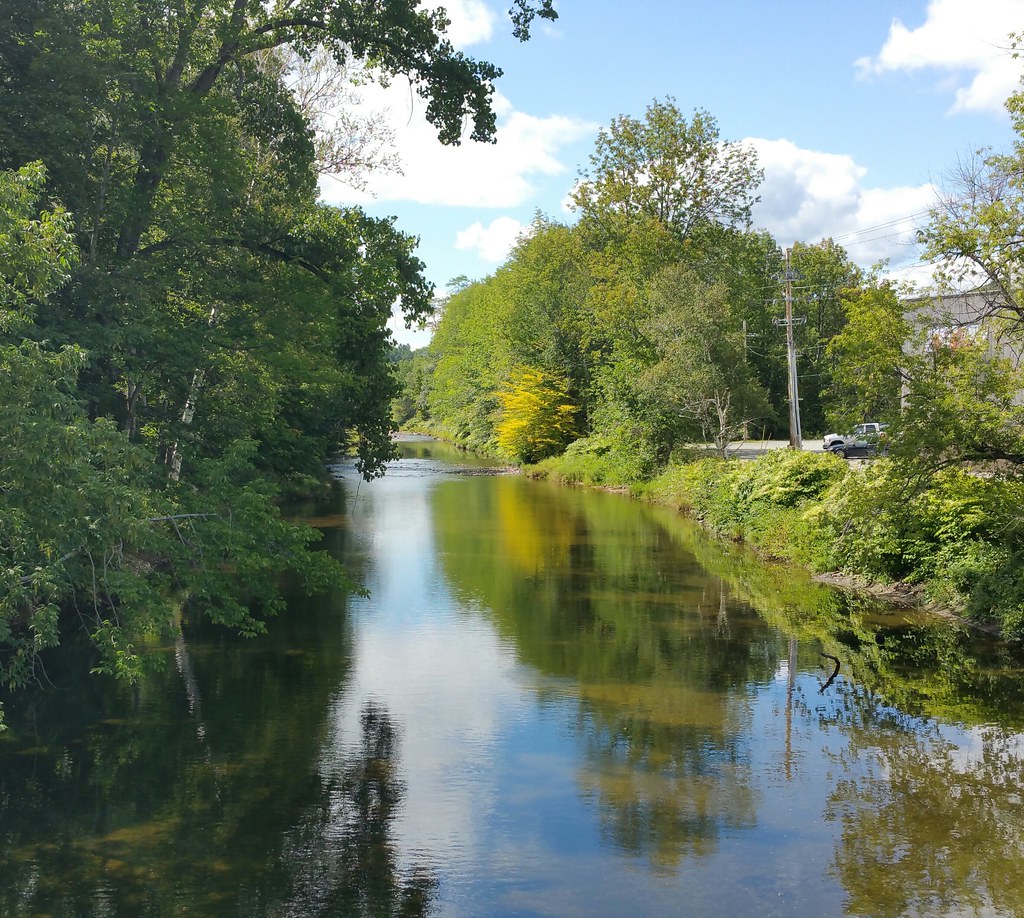 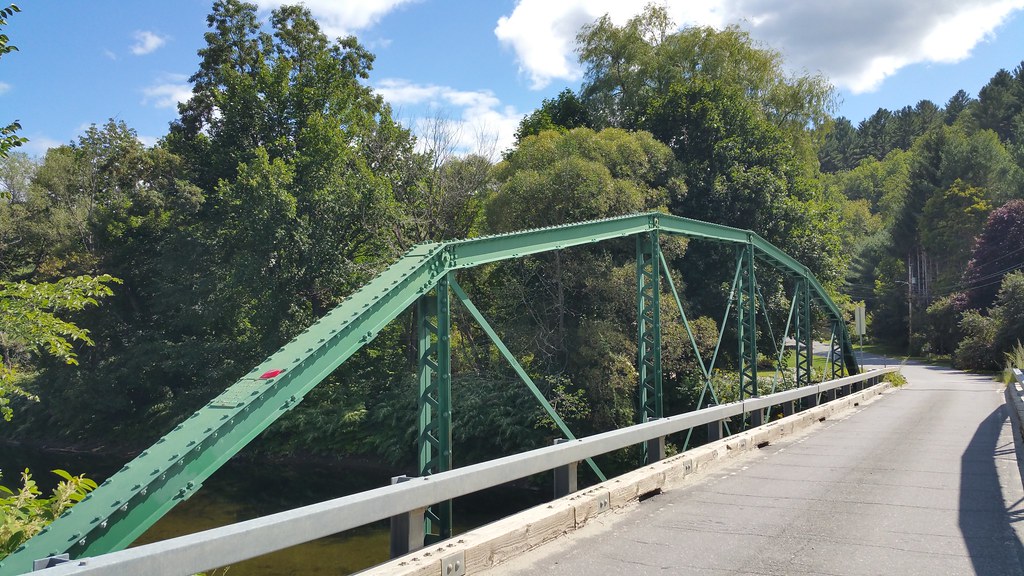 Most loading docks want you to use wheel chocks to prevent "a rolling event". They're usually triangular blocks of rubber or bolted-together industrial felt, predictably filthy and beat up and useful for no other purpose, yet they're almost always chained to the building to prevent theft. I've apparently underestimated the prevalence of chock larceny. Anyway, this company not only makes their own chocks from 4x4s, but they paint them bright yellow and keep them in a specially built storage bin near the dock's man door: 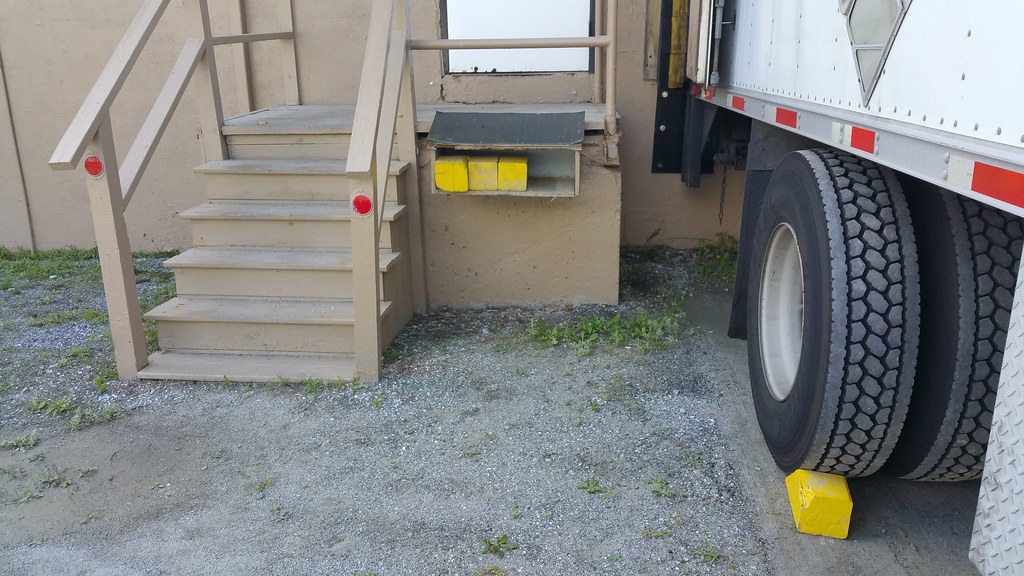