Just WTF is That Thing?

Something told me we'd get a few questions about The Thing. Here's a wider shot: 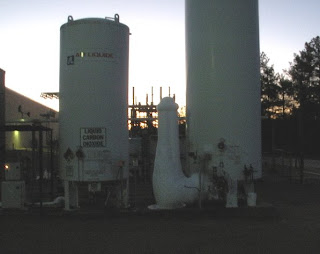 And a pic of a similar assembly without the thick layer of frost: 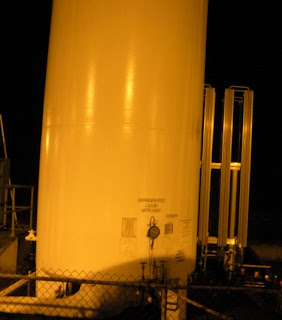 Although this one is refrigerated liquid nitrogen, the steel tubing structure to the right of this tank is - I think - close in shape to what's under The Thing.

But now that you've seen what's under The Thing, the original pic just doesn't hold the same appeal, does it?