Pics From the Road

Ah, ye of little faith. You thought I'd never post pics, did you? Ha!

In a post about one of our first loads, I described a flatbed that got stuck and held us up by over an hour. Here are the accompanying pics (yeah, I know, they don't hold nearly the same intrigue a month later, but I do mean well): 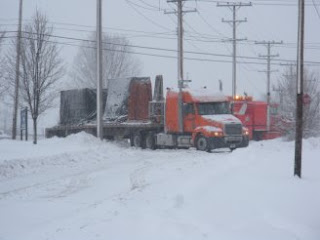 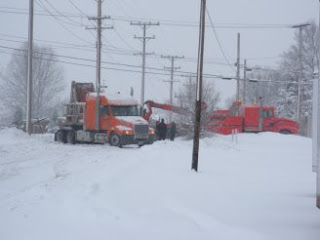 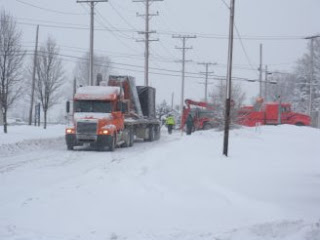 Bonus!! These were taken of a small suspension bridge on our way back from that very load: 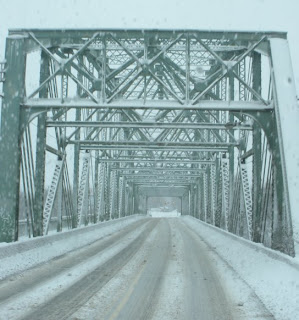 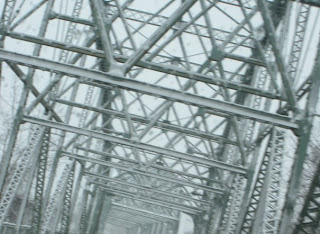 Now, weren't those worth the wait? Hah? Hah?? 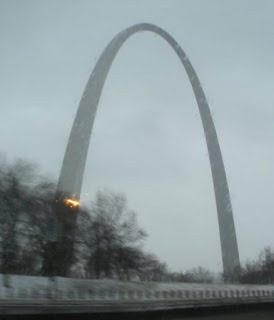 But it was taken at 60 mph through Helga's dirty windshield!

Okay, here's a pic taken of a verrry nice bridge in Detroit: 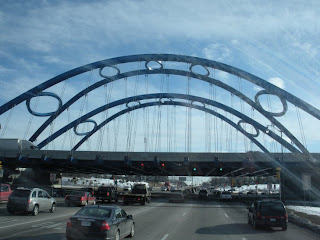 Doesn't that make you feel happy and light? The soft, flowing lines, the playful shapes in the ironwork --

More? Can do. Here's another verry nice bridge in Toledo that virtually dances as you drive over it: 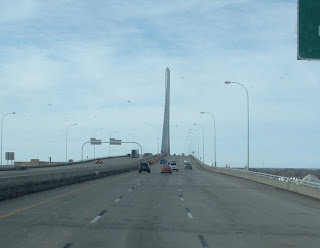 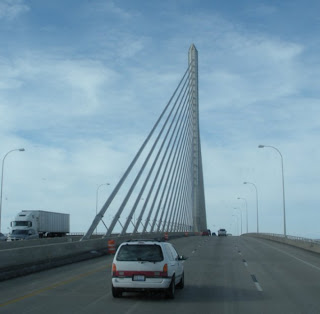 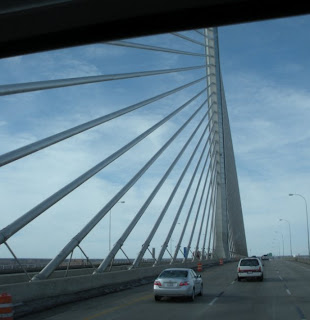 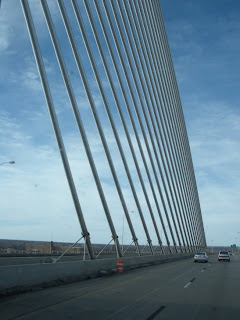 You see, it's a vertical-on-center suspension bridge that appears to be just a large single monolithic shape as you drive toward it, but it unfolds and expands as you continue --

What?!?? I'm in a truck fercrapsake, expediting, no less (that means hurry / rush / step on it), it's not like I can stop and take great pics of cool stuff at will like some tourist. Yes, yes I do take pics of things other than bridges. Here, for example: 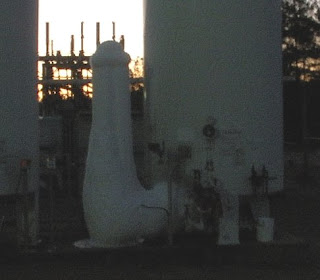 The pic doesn't do it justice - it was early on a cold morning and this, erm, thing, was covered in a thick sheet of sparkling frost. At 8 feet tall and 2 feet in diameter, it was impossible to not take a picture. You're welcome.

Shortly thereafter, we took a delivery to Beau-something South Carolina, where, along the back roads, were old-timey Southern country coastal dwellings and peaceful country roads such as this: 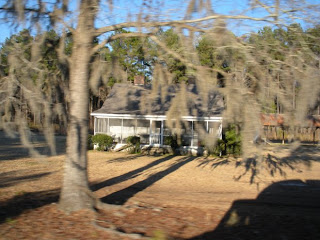 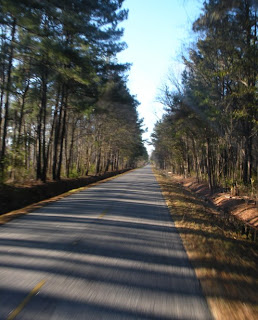 There were many other photo ops in the area, but frankly, things haven't been the same for us Yankees down South since "Deliverance". With the echos of dueling banjos in our heads, Hoss developed a serious case of leadfoot and the rest of the pics I took in that area are but a blur of pine trees and kudzu. *shrug*

And in keeping with the theme of Brotherly Love, here is a series of pics taken on a recent delivery to North Philly: 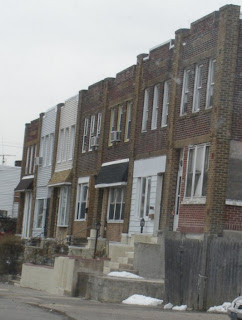 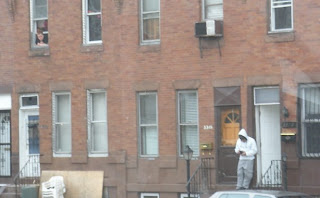 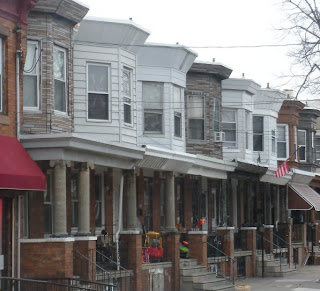 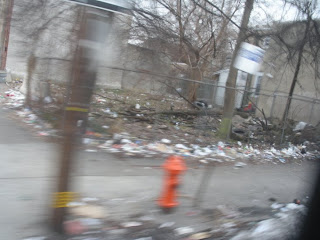 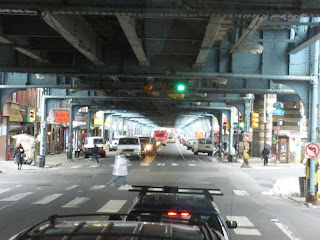 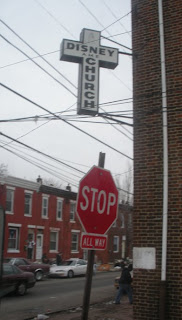 Makes you all warm and fuzzy inside, doesn't it?

My little Nikon bites when it comes to long-distance low-light shots, but I sometimes get interesting effects such as the blurred lights of the George Washington bridge driving onto the island: 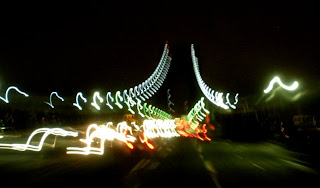 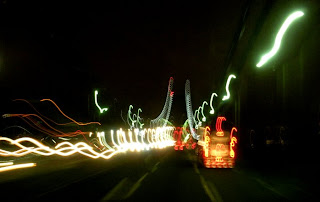 And this shot of Manhattan from the bridge, looking south: 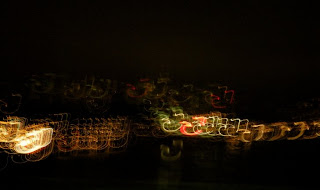 I think that's my favorite southern view of all.