There are several Forest Lawn cemeteries, the most notable likely being the chain of burial service providers in Southern California - leave it to California to franchise death! - which serve as the final resting place of hundreds of actors, actresses, screenwriters, producers, directors, musicians, politicians, novelists, and numerous other assorted "stars".

It's inundated continually by herds of vapid, bovine, obtuse Everyday Americans who could give two shits about the sanctity and reverence of such a sacred place. They only want to touch fame, dead or alive. It's truthfully hell on Earth.

But in Buffalo, Forest Lawn cemetery is a haven, a peaceful, serene refuge from, well, life. It's enormous, sprawling, immaculately maintained, deeply peaceful, and I think I would live there if I could.Without dying, I mean.

We visited there Tuesday with Caleb, and viewed perhaps 15% of the entire campus, but I was charmed by the memorials we did see. The creativity of the visionaries, as well as the skills of the craftsmen, are striking. 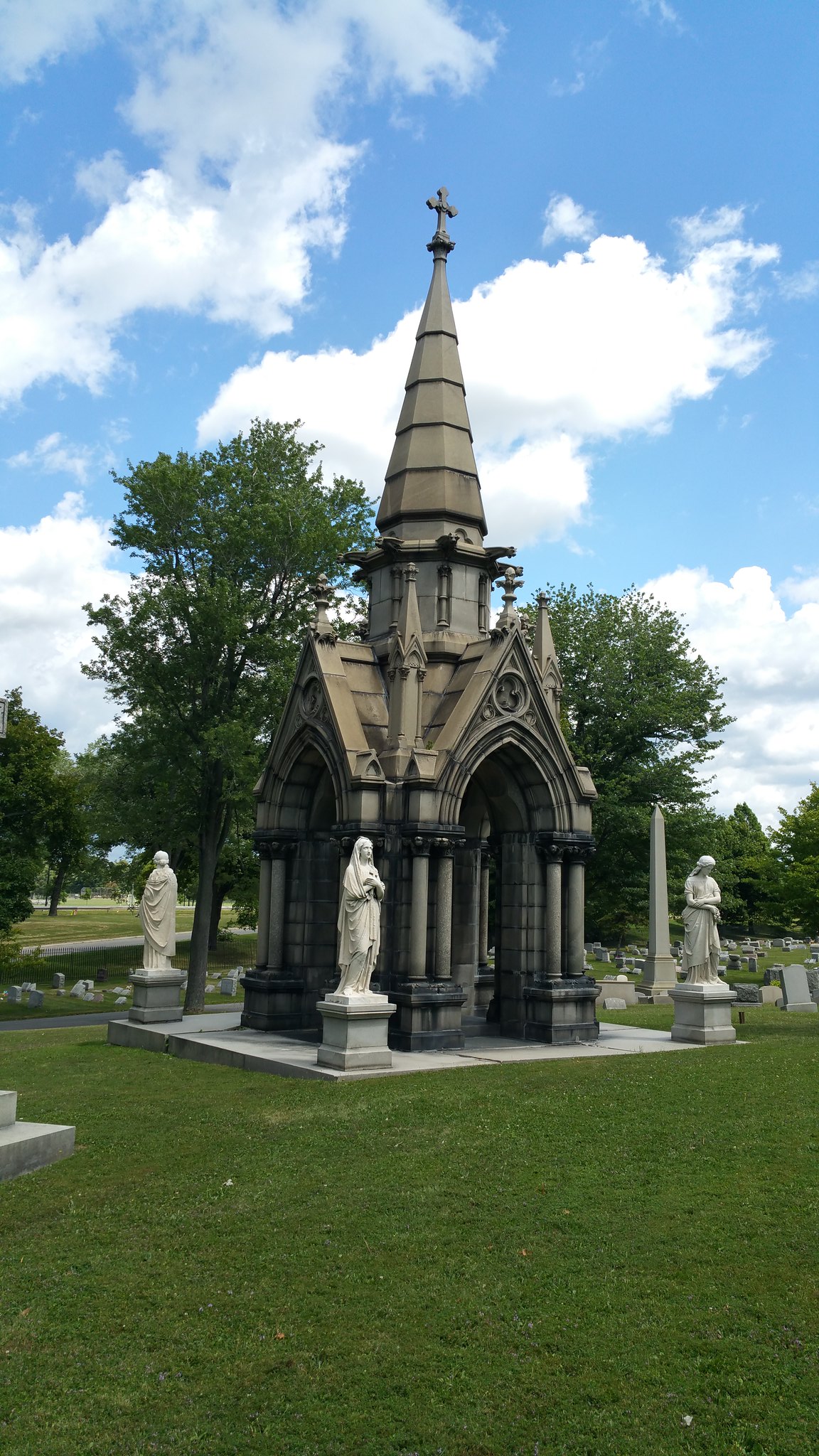 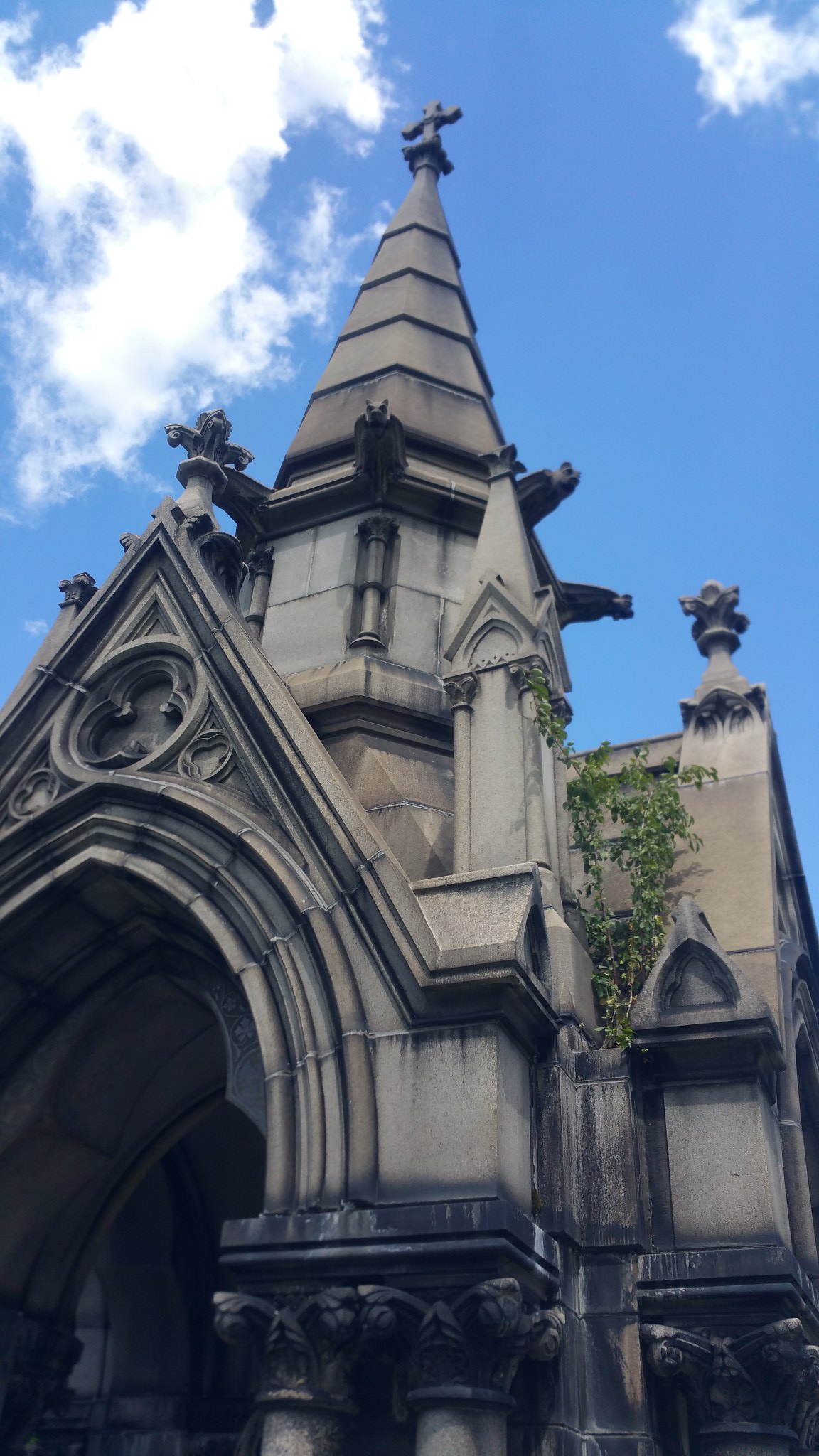 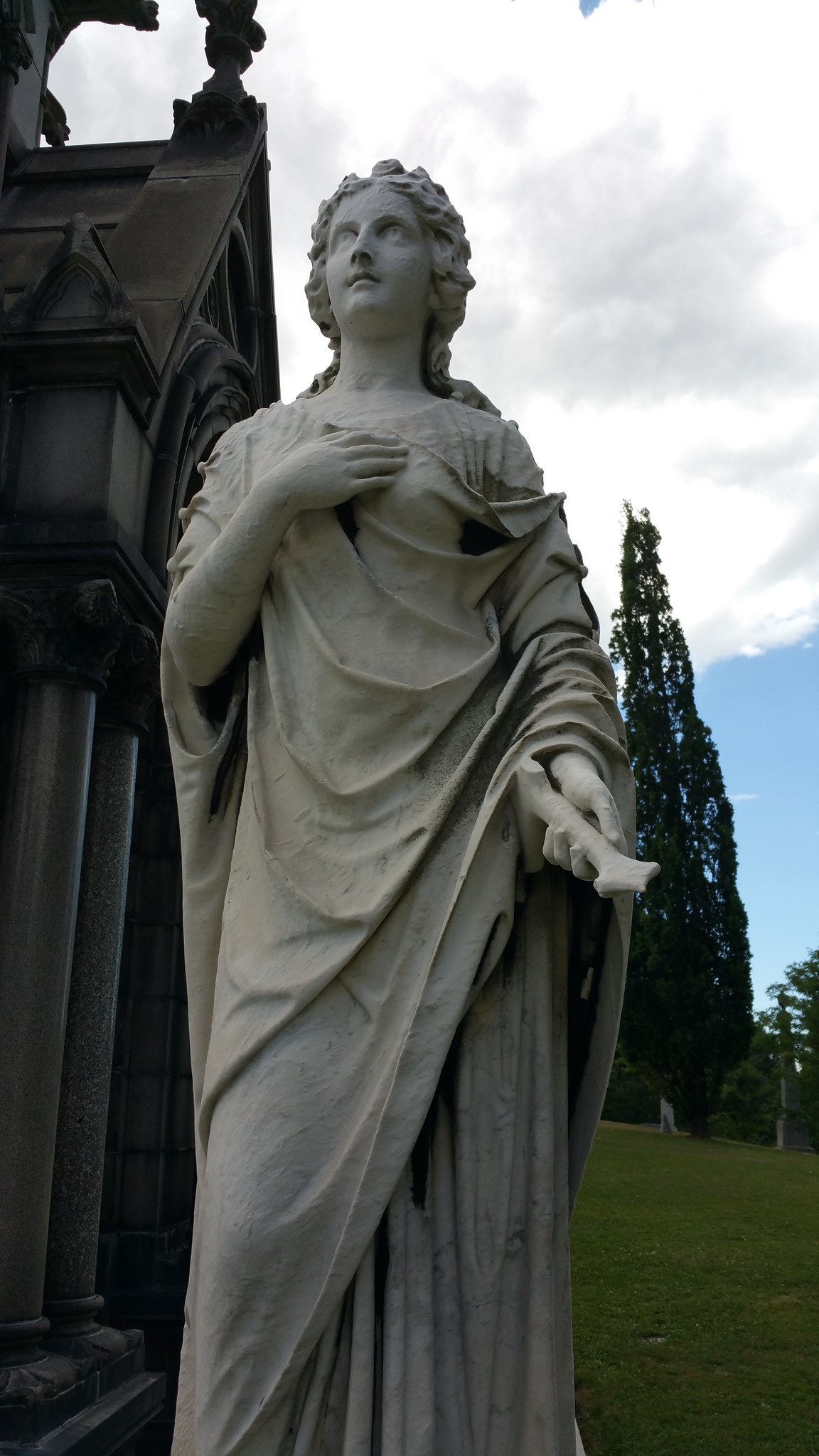 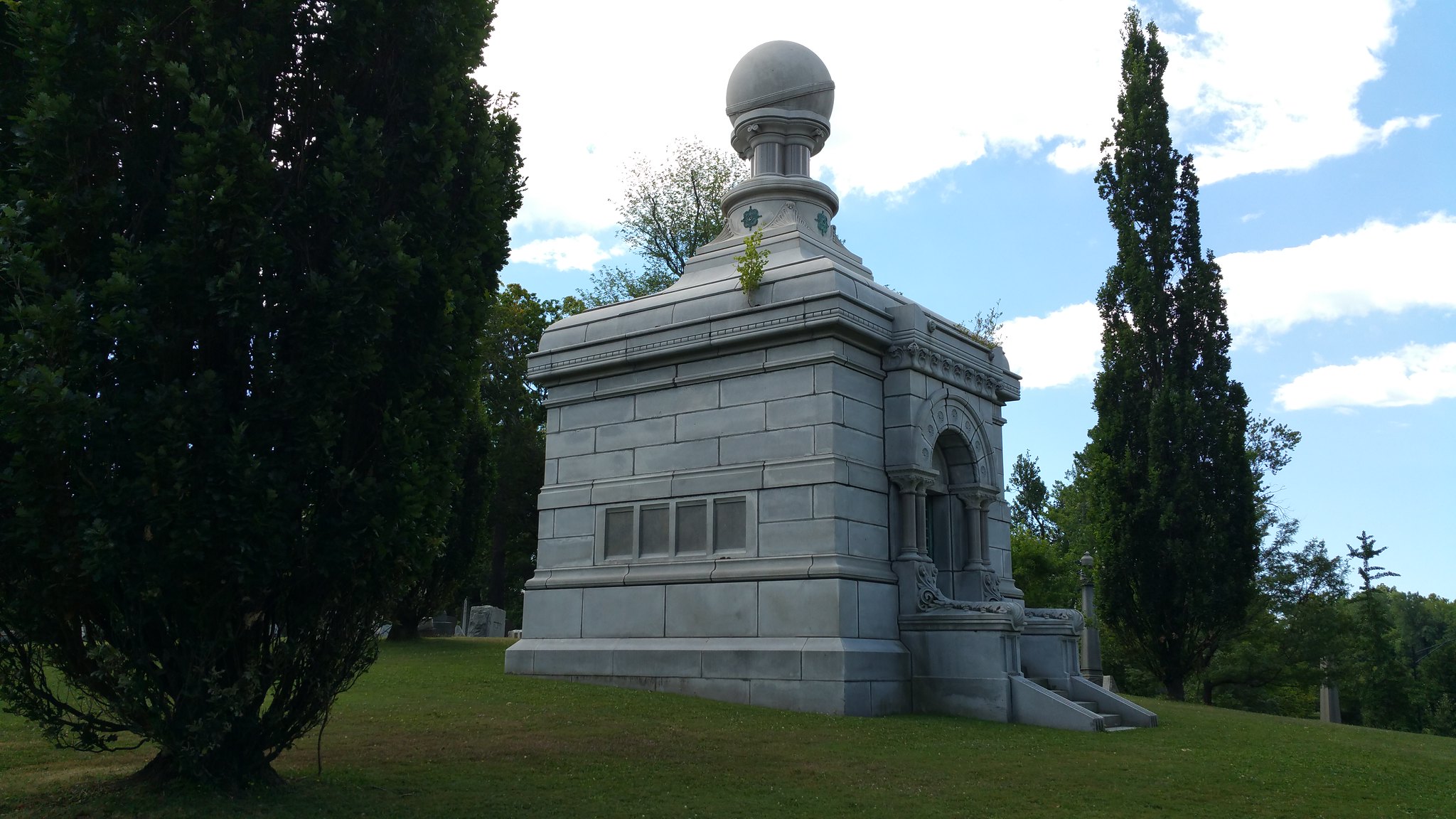 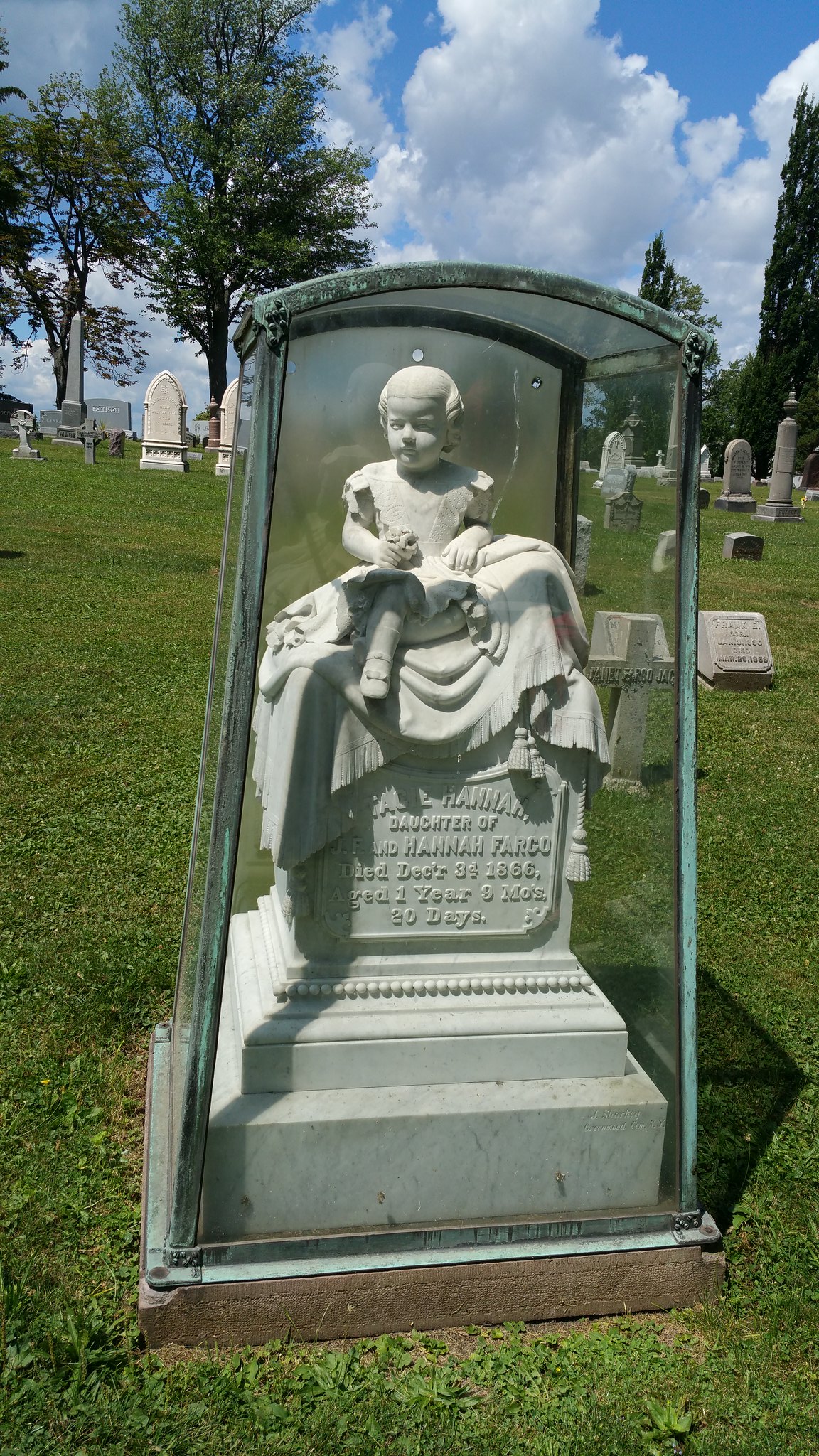 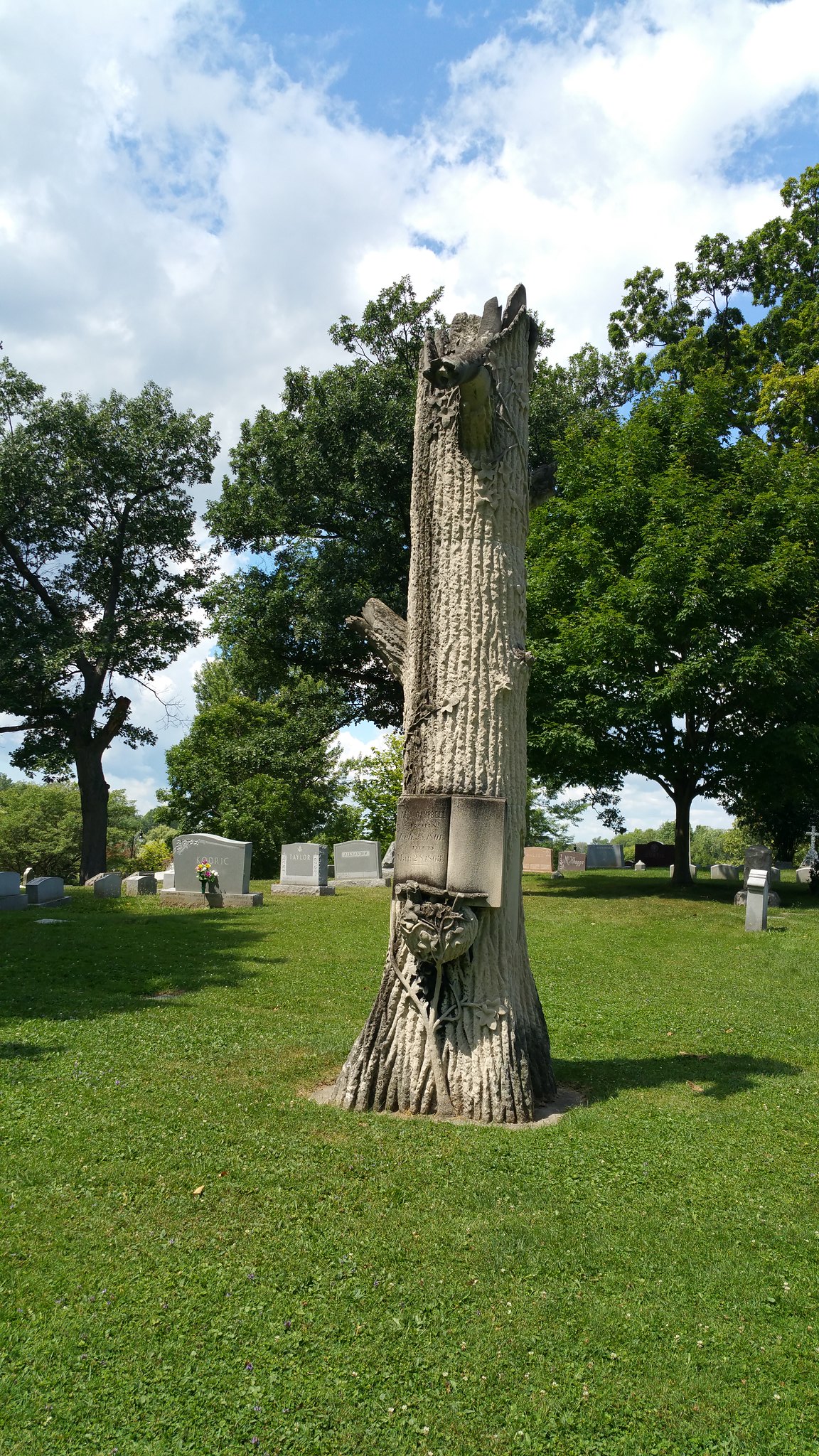 And aside from President Millard Fillmore, Buffalo's Forest Lawn hosts evermore the remains of Rick James: 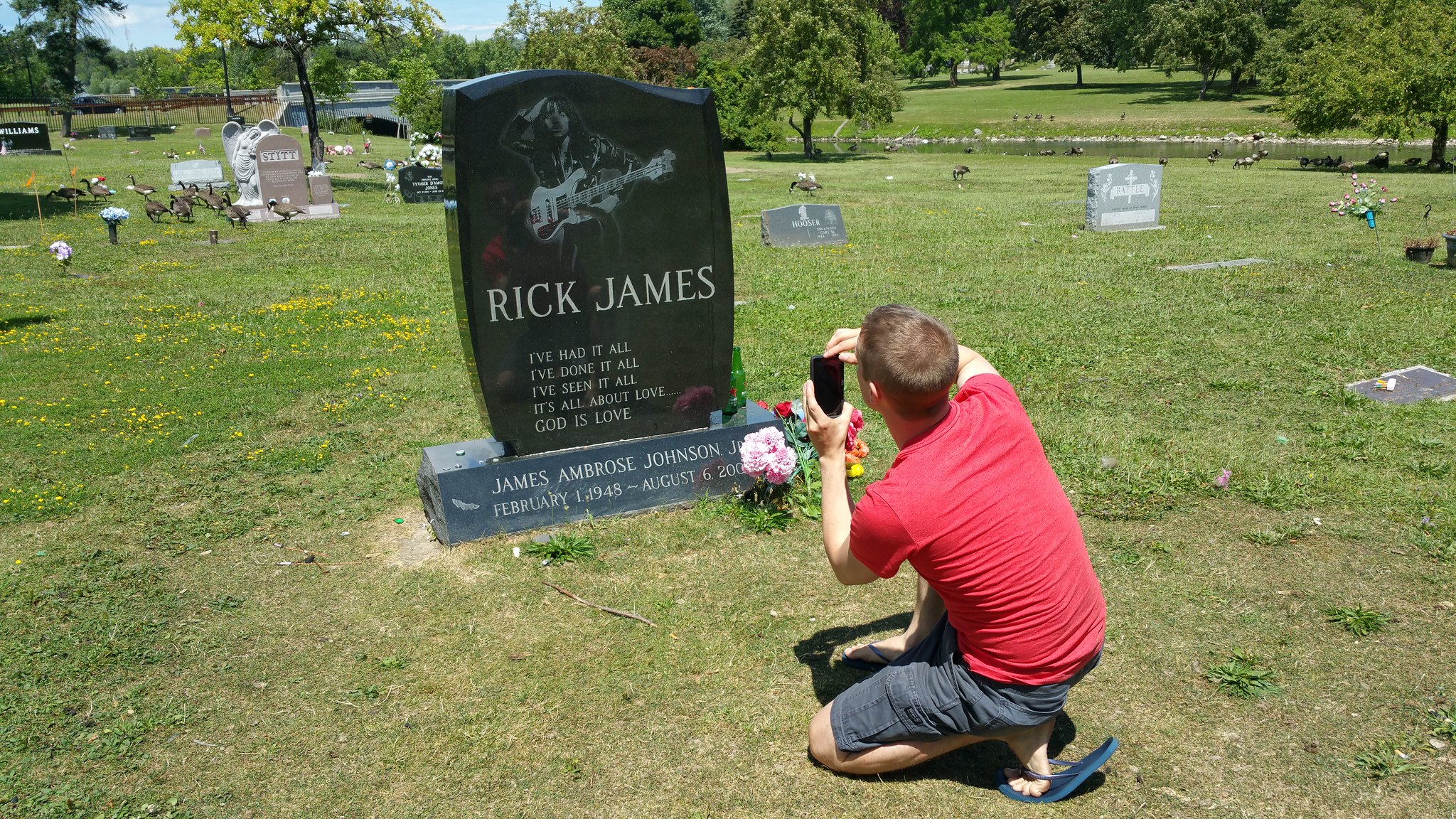 which does attract people who drink Heineken and leave behind random articles of clothing.

Luckily, there are no bus tours.