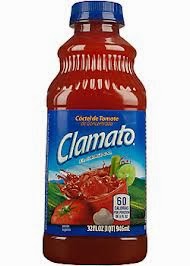 At one time or another, we've all had some experience with Clamato juice. Personally, I like it as a drink mixer, but I admit it's been a lotta years since I've felt so compelled. If the truth be known, Clamato juice hasn't even entered my consciousness in all of that time.

Until we began frequenting the Southern border.

With daytime summer temps there averaging 100 degrees or more, cold drinks are big business. Most convenience stores, including some truckstops, keep huge bins of iced beers near the checkout. Nearly every bin is crammed with this: 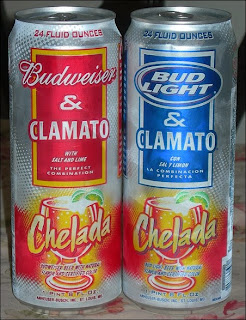 Latinos evidently LOVE it. Now I've heard of red beer, and I've even drunk the stuff, but beer and clammy tomato juice?

Yup. The Michelada or Chelada, for short, is hugely popular in Mexico. And so is Clamato - to the extent that it's not just added to beer, but the flavor has been added to tortilla chips: 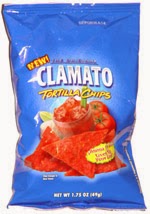 and salt, with which to rim your drink glasses: 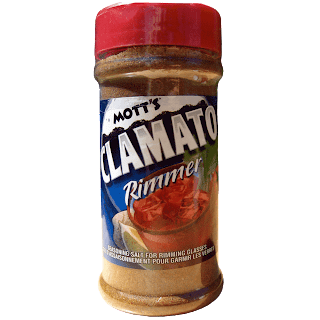 and they've even marketed an energy drink with Clamato in it, for gawdsake: 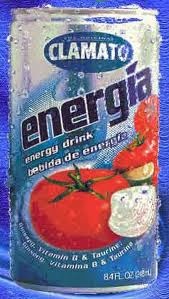 When I think 'clams', I don't think 'Mexico'. Never made the connection. Canadiens, sure. They love Clamato juice, invented the Caesar cocktail, and drink something like 350 million of them a year. But Mexico? Who knew?